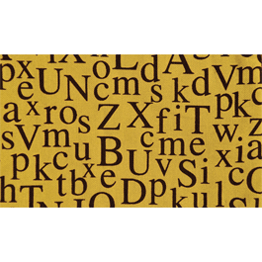 AOCDRNDICG TO RSCHEEARCH AT CMABRIGDE UINERVTISY, IT DSENO’T MTAETR WAHT OERDR THE LTTERES IN A WROD ARE, THE OLNY IPROAMTNT TIHNG IS TAHT THE FRSIT AND LSAT LTTEER BE IN THE RGHIT PCLAE. TIHS IS BCUSEAE THE HUAMN MNID DEOS NOT RAED ERVEY LTETER BY ISTLEF, BUT THE WROD AS A WLOHE. IF YOU CAN RAED TIHS, PSOT IT TO YUOR WLAL. OLNY 55% O…F PLEPOE CAN

Our ability to read such jumbled words as those presented in the viral Facebook status above comes from the fact that as most of us improve our reading skills in childhood and adolescence, we begin to read logographically. In other words, each word becomes a picture or symbol that we recognise visually. The point at which this happens for a person is when they stop sounding out each word as it is read.

This is a useful technique to be able to master, since it is ultimately much quicker than reading strings of phonetically coded letters or letter combinations. More than that, the mongrel nature of the English language had led to their being so many disparate pronunciation cues that we English users are forced to learn word parts phonetically and remember a whole string of rules about when each one is pronounced in a different way because of the word in which it is enclosed. (For example, everything from the “o” onwards in “tough”, “cough”, “bough”, “through”, etc.) This, inevitably, causes more headaches when the reading of English is approached phonetically.

What appears to be happening as we read the cited Facebook status is that we are so good at switching to reading logographically that a word can resemble a bare likeness of itself and we can still cope – particularly if syntax is unaffected, which also lets us work it out from context. (This is similar to teaching yourself the likely meaning of a new word from seeing it used in a sentence.)

As an aside, were we not self-trained to read in this logographic way (which we arguably shouldn’t be, since ours is not a logographically written language), nobody would be able to speed read. 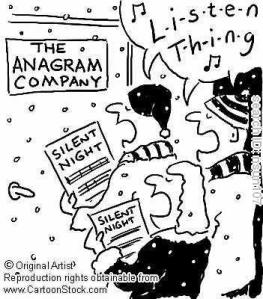 I recall hearing something about this approach to reading being considered in developing learning strategies for readers with dyslexia, but alas I can’t recall any specifics. (You’d think I’d go looking, but I can be a very lazy blogger sometimes.) The trouble is, some words may be too similar for this to be entirely effective. For instance, if you jumble “salt” and “slat”, you’re back to using context, which is what the “55%” of us were doing to help us read the passage.

Which brings us neatly to the “55%” thing. I suspect this is yet another in a string of endless media-delivered statistics that should be taken with a pinch of salt. Mathematically, statistics are wonderful, but they are also easily abused by people targeting the statistically untrained. (Which, because the field is arguably one of the duller areas in the school mathematics curriculum, tends to be practically everyone.) In this case, I suspect it is just a made up number that sounds convincing because it represents a numerical majority but is still sufficiently low to make everyone who can read the jumbled text feel good about themselves. Which is the part that takes a fascinating linguistic observation and turns it into a pointless urban myth. These things used to get passed on by email, now it’s via Facebook.