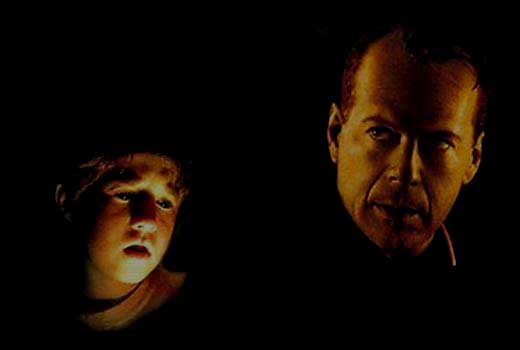 This essay assumes familiarity with The Sixth Sense. Consider this a SPOILER WARNING.

M Night Shyamalan’s The Sixth Sense (1999) is probably known today as much for its twist ending as it is for its sleeper success or its slow-burn, understated approach to generating frights in an age of one-two-punch Scream knock-offs. Its harsher critics have suggested that the presence of a twist in the tail, while a good buzz generator in the way that Psycho’s midpoint inversion must have been in 1960, is derivative of too much before it. A particularly notable antecedent is Ambrose Bierce’s 1890 short story “An Occurrence at Owl Creek Bridge”, particularly the Robert Enrico short film that was bought as a Twilight Zone stopgap in 1964. Combined with The Sixth Sense’s overall ‘there’s something not quite right with these people’ flavour, it would be forgivable to think of Shyamalan’s third film as an extended Twilight Zone with more overt shocks than the parent series. 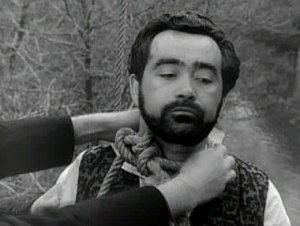 However, like Rod Serling’s seminal fantasy anthology, The Sixth Sense lives a little too much for its closing inversion, playing carefully towards the moment in a manner that subsumes all else in its narrative. It does this differently, taking care to craft a story with some substance rather than a sequence of moments played out through the lives of largely incidental characters until the great revelation that undoes them. Consequently, its effects are more intriguing and arguably more disturbing, leading the attentive viewer to draw one of two possible conclusions: that Shyamalan has been careless in focussing on his finale, or that he has in fact been too clever by half.

The key to unravelling the extra twist locked within the surprise intended by the film’s ‘he was dead all along’ climax is to acknowledge that its narrative is interested principally in the fate of child psychologist Malcolm Crowe (Bruce Willis), and that his patient Cole Sear (Hayley Joel Osment) exists primarily as a plot catalyst to drive his character arc. This diminution of Cole’s ‘reality’ as a character is evident long before we are introduced to him. Vincent Grey (Donnie Wahlberg), an earlier patient of Crowe’s – and, significantly, a failed one – is altogether too similar to Cole for the younger boy to be anything more than a Vincent substitute. That we fail to notice can be put down to Shyamalan’s presentation of Vincent as a severely unbalanced adult, a stark contrast to the young, shy Cole. Yet Crowe repeatedly identifies a similar psychosis in the two boys, even when he is convinced of Cole’s ability to “see dead people”. The parallel is completed as we are introduced to Cole, the details in Crowe’s case notes representing what we would expect to see in Vincent’s medical file, Cole’s name initially obscured from view as we are given in close-up shots to examine Crowe’s written observations. Ultimately, Cole represents Crowe’s chance to make up for his failure with Vincent, an attitude overtly expressed throughout the film, and it is for this reason that it is appropriate to see Cole as a function of Crowe’s “Next Fall”, to quote the punning caption that sees out the film’s prologue.

Closing the gap between Cole-as-character and Cole-as-plot-device is his admission – echoed in that closing twist – that dead people “see what they want to see”. In Cole, Crowe wants to see a young Vincent; he wants to see a second chance to get things right, to redeem the boy who would grow up to kill him. He wants to overcome his fatal blunder. That Cole appears to exist outside Crowe’s direct existence – through scenes shared with his mother (Toni Collette) or classmates or their parents – is filmmaking subterfuge. Just as Steven Spielberg subverted cinematic conventions to convince us that the old man seen at the beginning of Saving Private Ryan (1998) was a senior version of Tom Hanks’s Captain John Miller and not Matt Damon’s titular Ryan, Shyamalan leads us away from Crowe to convince us this is all real, that the entirety of “The Next Fall” is not what Crowe “wants to see”. Yet it is plausible that these scenes represent an extrapolation of Crowe’s observations, that he pieces them together from professional assumptions and fragmentary testimony given directly by Cole. The passage of time from Crowe’s point of view is evidently fluid and ambiguously defined post mortem, so this is not an unreasonable assumption to make.

Of course, this interpretation – that Cole is entirely some afterlife projection to facilitate Crowe’s second chance at healing Vincent – is predicated on the assumption that, as an actual individual, Cole does not exist. At the risk of generating an unnecessary existentialist debate, one thing is clear: if Cole is the one who “sees dead people” and who Crowe “wants to see”, then either the mechanism for his wish fulfilment is its own facilitator or we are faced with a fundamental structural paradox.

Either way, what cannot be discounted is the third possibility that Crowe is inventing this entire scenario while in that limbo between being shot and dying, and that he may consequently not yet be dead until the film’s closing flare to white. This interpretation, while imbuing the film with a variation on the ‘it was all a dream’ cheat most famously used in Victor Fleming and (uncredited) team’s The Wizard of Oz (1939), resonates with “Occurrence”, which similarly sees its protagonist explore a hypothetical fate in that moment between dying and death. Evidence exists throughout to support this interpretation. Crowe only learns (or thinks he learns) that Vincent could also see dead people when he listens to an interview tape during the “Next Fall”, so it is possible that this explanation is one he is grafting on to Vincent’s case as an explanation that affords him the possibility of an afterlife – understandable wishful thinking from someone who has just been shot. Significantly, the ‘discovery’ occurs in Crowe’s basement office, whose contents it appears Crowe is allowed to physically interact with. So, even by Shyamalan’s ‘dead people rules’, this space and its contents might only exist on Crowe’s phantasmagoric plane, thus further discounting the tape’s reliability as unassailable pre-existing evidence. 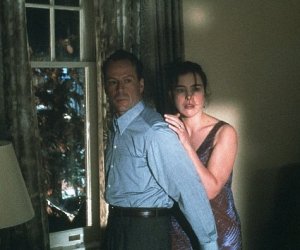 Further supporting the interpretation that Crowe is in a world of his own devising is the depiction of his marriage to Anna (Olivia Williams). The rapid deterioration of their relationship, depicted about as vaguely as almost every other supernatural turn in Crowe’s existence, is a dreamlike confluence of his failed professional relationship with Vincent and paranoia based on an extrapolation of the strains he must already have felt in distancing himself from Anna while immersing himself in his work. Though there is little direct evidence to support this view, Crowe surely didn’t receive that award seen at the beginning of the film for slacking off. And it is no accident that his last words to Anna are, “You were never second.” Concluding this self-inflicted path is Crowe’s own reflection on his journey at film’s end. Though the resolution returns us to that fateful (and fatal) night, seeing “The Next Fall” as a portent of lost possibilities allows this scene to play out chronologically as the last in Crowe’s awareness. Just before dying, he says – of the bullet, we presume – “It doesn’t even hurt any more.” But what if this is intended as an admission that he has resolved his feelings, that his imagined experience has functioned as a professional and personal catharsis?

Given this accumulation of evidence, there is little reason to refute as possible the interpretation that the whole film is the self-contained fever dream of a dying man. And it is this reading of the film’s somewhat confused narrative that is probably the most satisfying, beating out a self-aware and self-perpetuating yet tailor-made genie for ghosts, or a structural paradox that reveals the writer-director’s propensity for self-undoing.