From its earliest days, the potential to develop Doctor Who from an exclusively televisual concern into a cinematic behemoth of epic proportions has been evident to some of its canniest exploiters. Reports abound that Disney expressed an interest in adapting ‘Marco Polo’, one of the very earliest transmitted serials. More significantly, Milton Subotsky and Max J Rosenberg of Amicus Productions in partnership with Joe Vegoda’s AARU Films are rightly lauded for having achieved what no one else managed before or since: producing not one but two legitimately distributed, fully licensed Doctor Who feature films.

Since those early days, numerous parties – writers, producers, production companies – have struggled in vain to tap the same seam. What was it about the Amicus/AARU partnership that succeeded where others have not? Is there room for a Doctor Who feature film that, unlike those 1960s ventures, at least makes a passing effort at adhering to established series continuity? Perhaps most contentiously, should anyone even bother in the first place?

The producers of the 1960s Dalek films, knowing the parent series was an ongoing concern, were wise to radically reinvent their title characters and follow their own path. Developing a ‘canonical’ film of a TV series that’s still on the air brings with it serious complications.

First, there are the investors. One of the perks of investing in an artistic property is the opportunity to exert an influence on creative decision-making. A Doctor Who feature film made in the current mainstream cinema climate would demand a sizeable budget. Unfortunately, studio executives writing cheques for amounts with eight zeros in them are unlikely to enjoy being hamstrung by pre-existing story and casting requirements. “What do you mean she’s got to be played by that woman with the funny accent?” they might ask. “Are you sure he can’t be from Pluto? Pluto’s in the news again.” Even the most faithful franchise adaptations, such as Zack Snyder’s Watchmen or Bryan Singer’s X-Men: Days of Future Past, both taken from short-run comic series, take tremendous liberties with their source texts. Compared to them, Doctor Who would be seen at best as a concept, a rich mine of ideas to plunder or discard as desired. Direct continuity would be the last thing on investors’ minds.

On the other hand, financiers of a certain temperament might welcome these constraints, particularly if they already have an investment in the brand. When whispers occasionally surface of a BBC Films big screen spin-off, fan reception is typically more favourable. There is a perception that Auntie are unlikely to seek a radical rewriting of the mythos if it’s working fine for them in its current form.

Cross-format brand proliferation, too, has been growing in prominence for decades. This is especially true of TV science fiction adaptations. Star Trek was an early proponent, continuing its run of Kirk-led movies while The Next Generation surfaced in syndication. By the second film released during that overlap, Worf’s grandfather was already representing Captain Kirk in the dock, and the pattern was set. Indeed, the very purpose of Kirk-Picard team-up film Star Trek Generations is as much a paean to the idea of a multimedia shared universe as it’s possible to construct. 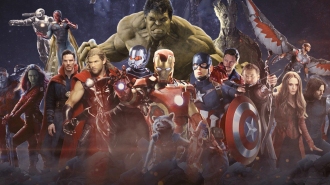 A quick shuffle past an X Files film that sits effortlessly between TV seasons and we arrive at the Marvel Cinematic Universe. This is a franchise so confident in its ability to unite cinema, television and even streaming texts that episodes of its continuing series can happily tie in to events depicted in films released in the week of original transmission.

Clearly, the existence of a healthy, long-running and current series is no longer the handicap it once was in exploiting a TV property on the big screen.

Given the present small screen success of Doctor Who, what would its big screen partner look like? Retaining the current Doctor may seem like a no-brainer, but there’s a reason Subotsky and co. left William Hartnell in Lime Grove Studio D. Doctor Who has an annual production turnaround of roughly nine months. It’s a shade less brutal than in the 1960s, but as schedules go it still leaves little flexibility when it comes to freeing up the lead actor. More constricting still would be a film demanding the services of the companion(s) too.

Tom Baker and James Hill, in developing their Doctor Who Meets Scratchman project in the 1970s, sought to obviate the latter problem by introducing new companions as part of the film’s narrative. (Even the involvement of ex-companion Ian Marter in the project wasn’t enough to let vanity stand in the way of good sense.) Presumably these new companions were intended to be one-offs, since the timing of the film’s release in multiple territories would make the direct continuity of their subsequent insertion into the series impossible.

Fortunately, this is considerably less of a problem in the 21st century as digital cinema makes it easier to launch a major film simultaneously in multiple territories. The scenario has been greatly improved with regards to the near-simultaneous transmission of TV episodes too, albeit for less savoury reasons. The influence of online piracy has encouraged many broadcasters, such as the ABC in Australia, to transmit Doctor Who episodes within 24 hours of UK transmission and stream them even sooner.

But back to cast availability. What chance is there of releasing your leads for weeks – if not months – do go do a movie? Russell T Davies and David Tennant set a convenient benchmark when 2009 became a year of Specials, and 2016 was an even more relaxed production year. Following this precedent, not only could cast be excused to turn over a feature film, so too could key creatives behind the camera.

The logistics behind getting the right people involved are surmountable. Keeping the breadth of back story can be a considerably bigger ask. Milton Subotsky, who was at least intent on adapting an outer space adventure into what became Dr Who and the Daleks, thought twice about picking up too much baggage from the original. At the time the film went into production he only had a couple of years’ worth of TV adventures to be mindful of. Yet he gave no thought to being slavish to series continuity, going so far as to ignore the back story of Serial A when adapting Serial B.

Fast-forward to today, and we must ask ourselves how confidently a ticket buyer new to the concept of Doctor Who could cope with over half a century of back story. “What we struggled with I suppose was, how do you introduce that world to someone in just one movie?” explained David Thompson, head of BBC Films 1990-2007 (quoted in Charles Norton, Now on the Big Screen, p345). Even a film like Rogue One, immediate prequel to what was in its time the most successful film in history, whose very ending was known to the vast bulk of its audience four decades ago, opted to restate everything economically.

To be fair, Rogue One is born of back story, its more cynical critics arguing it exists solely to fill a plot hole in the original Star Wars. In Doctor Who our heroes drop out of the sky into new situations – so do we bother to explain them in addition to building new worlds? Or do we take the path of anniversary special ‘Day of the Doctor’ and make the story itself all about the title character? If we do, whatever we learn about the Doctor in the course of the adventure had better be wholly new or easily explicable so it can be digested by a fresh audience in two or so hours of screen time.

This raises an entirely new obstacle, of course. By its nature, a Doctor Who feature film that sheds new light on its title character had better shed significant new light, as the mooted Last of the Time Lords project in the late 1980/early 1990s seemed intent on doing. Working this back into the series proper without having it actually happen in the series proper is asking for the sort of trouble Chris Carter was clearly open to when clips from his 1998 X Files film started turning up in ‘previously on’ montages on TV. Any hypothetical Doctor Who film is by definition a game-changer, and any series viewers who miss it are on the back foot when the next season begins transmissions.

We might ask why anyone who follows the programme would consent to missing a big screen ‘episode’, but the answer could be as simple as, “I watch it when it’s on the telly but I won’t pay to see it at the pictures.” There is after all a reason the tie-in novels and Big Finish releases have never sold in their millions.

None of this is actually a problem if the series has enough of an international reach that a film’s success could rely on the disposable income of a knowledgeable audience – what we might charitably call ‘fans’. Does Doctor Who have this kind of reach? As well as it has performed since its 2005 revival, the blunt answer is “No”. A serviceable adaptation of a seriously regarded science-fantasy franchise in the world of Marvel and DC behemoths – of the sort Hollywood would consider bankrolling – would realistically cost nine figures. As healthy as Doctor Who’s aggregated viewing figures are, they aren’t enough in and of themselves to recoup that level of expenditure.

Reference:
Norton, Charles, Now on the Big Screen: The Unofficial and Unathorised Guide to Doctor Who at the Movies, Telos Publishing, 2015.